Showing posts from November, 2020
Show all

Until one has loved an animal, a part of one’s soul remains unawakened. --Anatole France 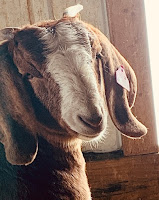 I am an animal lover.   Yes, life would be “easier” daily if I wasn’t so smitten, but I can not imagine a life without a furry friend.   Dogs were my first creature of choice, cats a close second and about 7 years ago I was introduced to a new four-legged friend, the African Boer Goat.   A relative mentioned to my daughter that she needed to get a couple to show at the fair.   My son already had a flock of sheep as his 4H project.   I had been raised on a cattle farm, but cows are big, and we wanted to have something that was smaller and easier for our daughter and younger son to handle.   If you’ve ever been around a Boer goat, you learn quickly that each one has its own personality, much like a dog or cat.   They can easily become a pet. So began my relationship with goats.   We now own 39 head of Boer Goats, 28 of them will kid this winter and I am planning to increase our herd.   My family is becoming more involved in the industry all the time.   I am a member of the Iowa Meat Goat
Post a Comment
Read more

It’s a reminder that our freedoms weren’t free 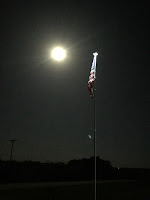 It’s probably been close to a year ago when local veteran Bob Waugh was the guest at our Keosauqua Rotary program.  He spoke about the American Legion and mentioned that he was going to be installing flag poles as a fundraiser for the Legion over the coming months.  I didn’t think a lot of it at the time, but 1 by 1 I started to notice new flag poles popping up across Jefferson and Van Buren County over the course of the past year.  As flag poles popped up at a couple of my neighbor’s places, I started to feel like our place looked bare without the flag.  When Bob installed our family’s flagpole a few weeks ago, he told me it was number 78 that he had done, and he had several more yet to install. I really appreciate Bob for the work he is doing.  Not only is his work aesthetically pleasing, but there was an educational element to the project at our house.  While installing our flagpole he took the time to discuss flag etiquette with our young daughter and teach her a few things she di
Post a Comment
Read more
More posts